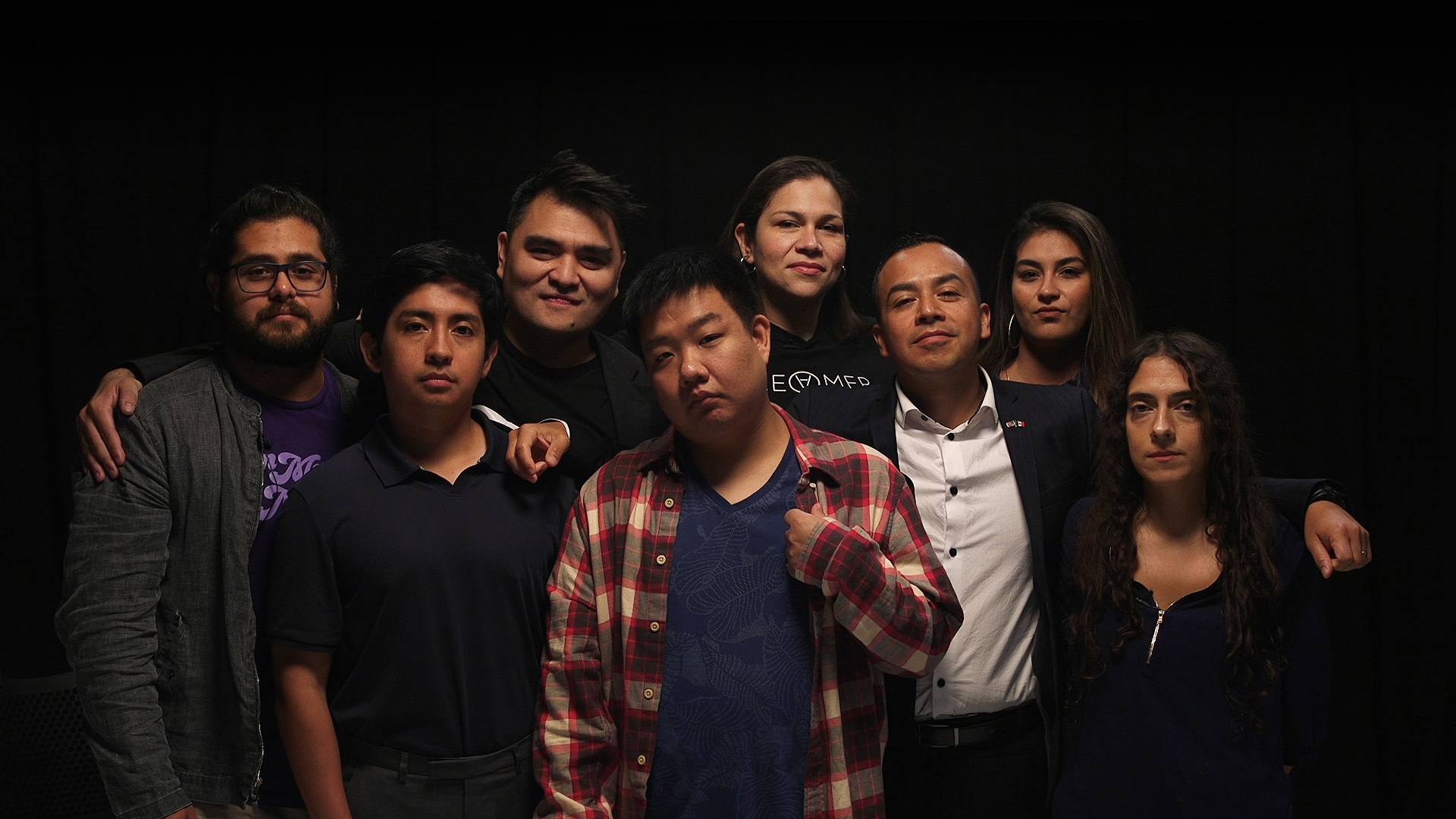 Their journeys all began on the soils of different nations, but this is not a story of migration. 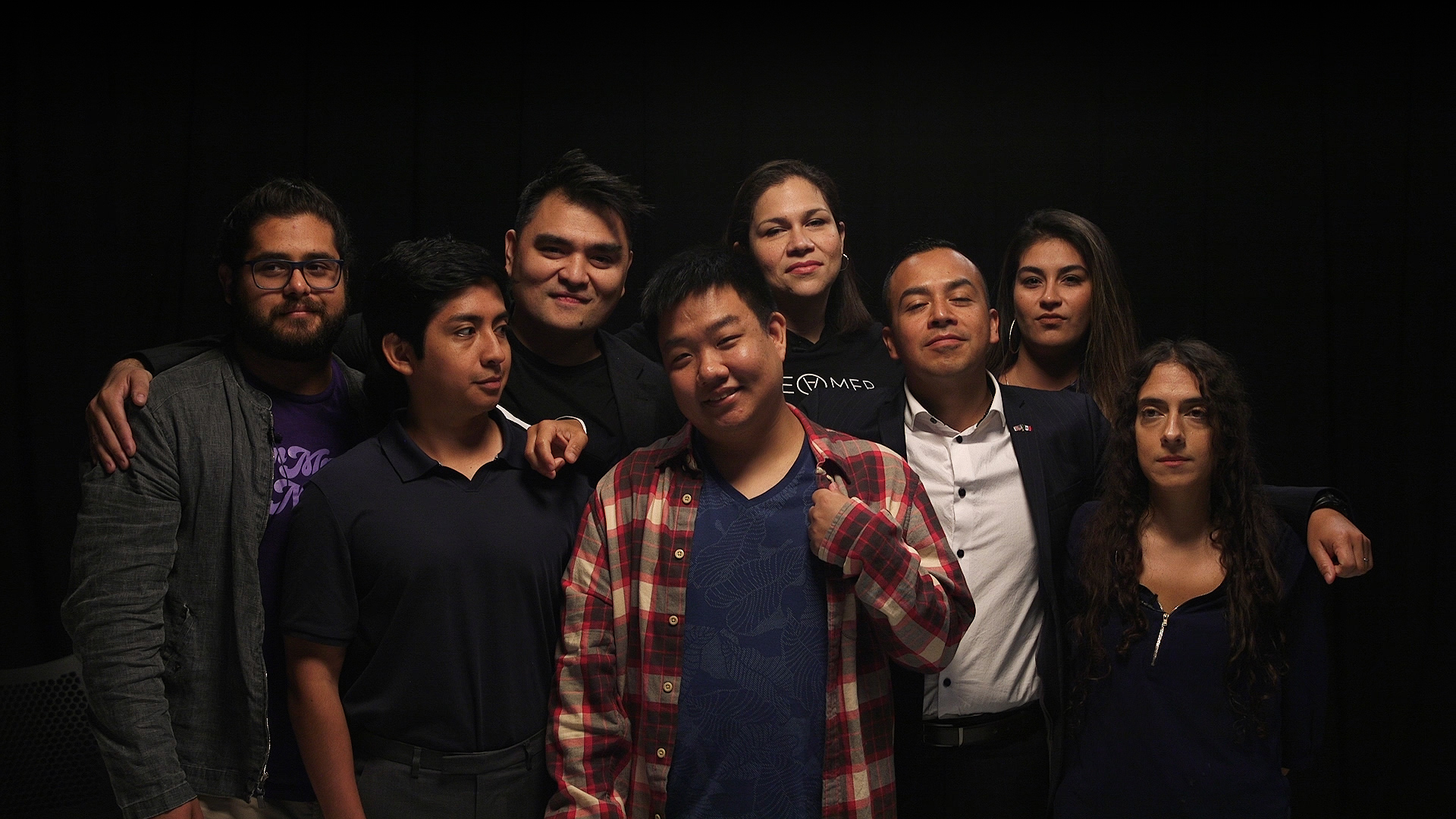 This is the story of seven of the 11 million American dreamers who long for citizenship in their home, the United States of America. 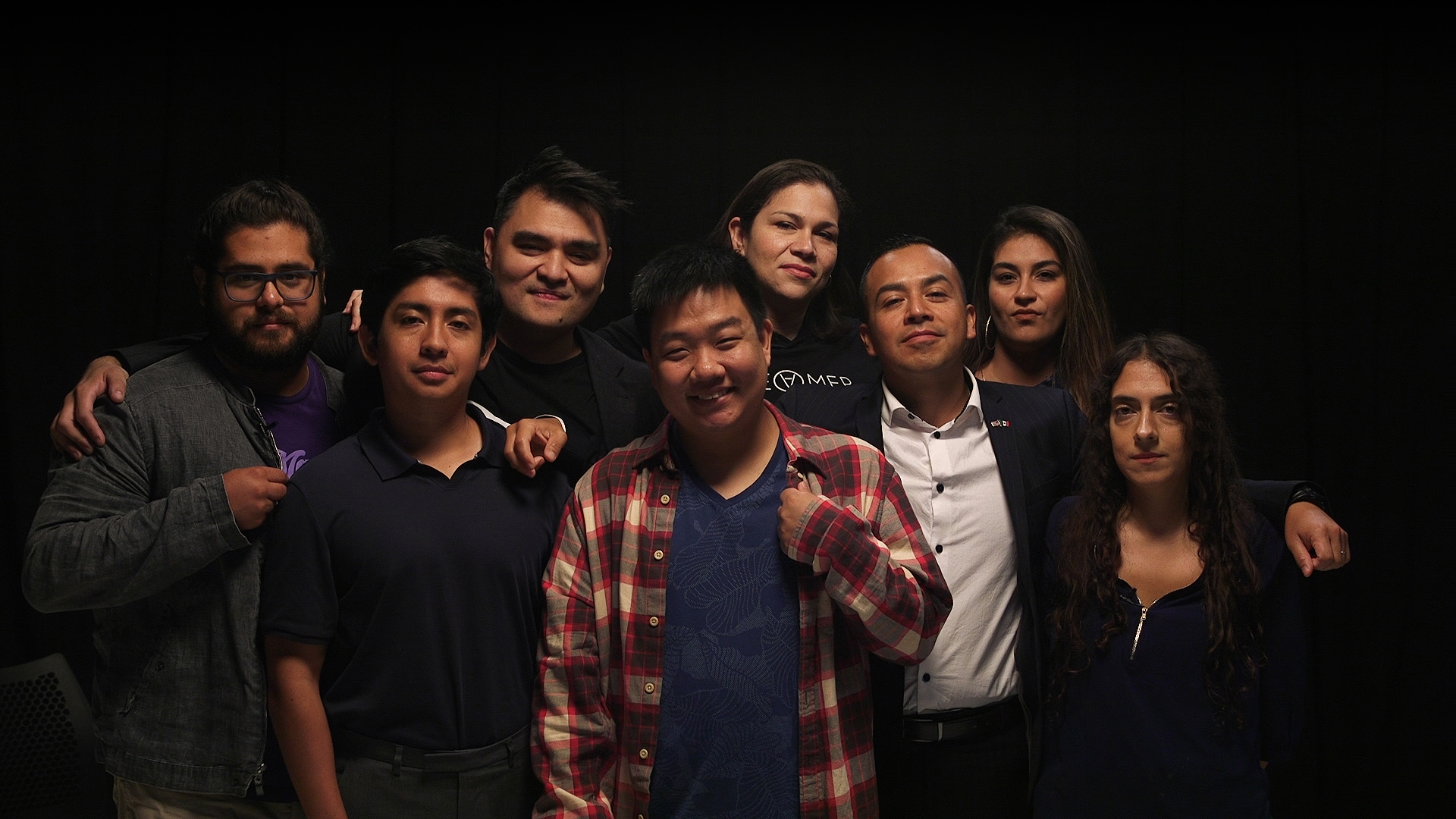 Field notes from undocumented Americans on the quest for belonging

As young movement leaders, these undocumented or formerly undocumented Americans appeared on the cover of TIME magazine in June 2012 with the bold title of, “We Are Americans*,” an initiative orchestrated by the nonprofits Define American and America’s Voice.

Their stories capture a snapshot of life in a community struggling for national identity, recognition, and belonging through a particularly turbulent time for immigrants in American history.

“Telling my story, letting people know this is who I am: I’m undocumented. I’m from New York. I’m a law student and I want to serve my country in uniform. For me, it definitely was a liberation moment. It was a moment of power.”

They arrived in the U.S. as children, many with parents seeking the American Dream, and grew up as average American kids. These seven are part of a group commonly called “DREAMers,” in reference to a 2010 bill on their behalf that failed to pass Congress called the Dream Act. For the DREAMers, though, they discovered that by the time they reached adulthood – with no valid visas, green cards, or ways of applying for citizenship – they were outcasts in their own homes.

No access to state or federal scholarships for college. No driver’s licenses for most. No authorizations to work. No access to health insurance or affordable healthcare.

“As the years have gone by I start feeling more tired, and exhausted, and maybe like I’m sharing too much of myself. But I also know there’s a great power in storytelling.”

On the cusp of utter frustration and dejection, they found new life in speaking their truth — publicly — by telling their families’ stories.

For over a decade now, these leaders have used their personal lives to change public opinion and policy. And their relationship to storytelling has profoundly shaped who they are as human beings. 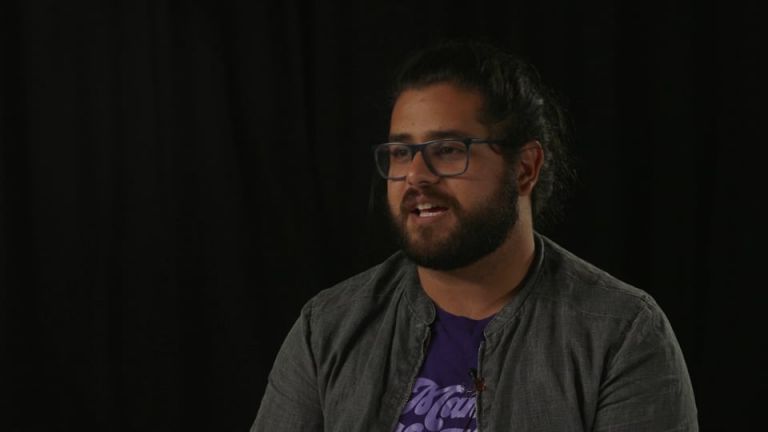 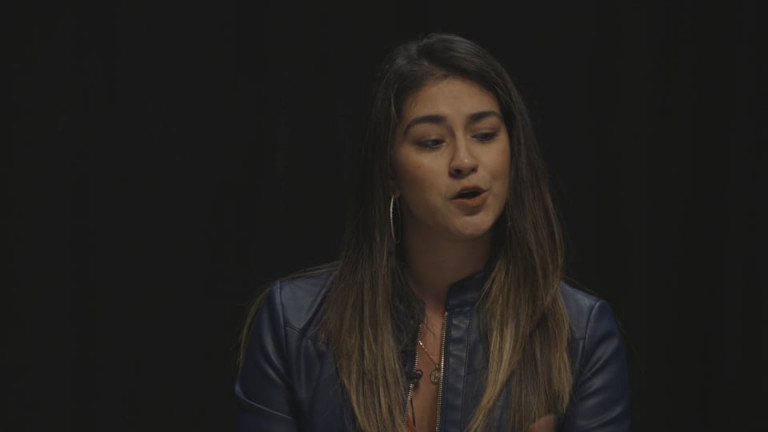 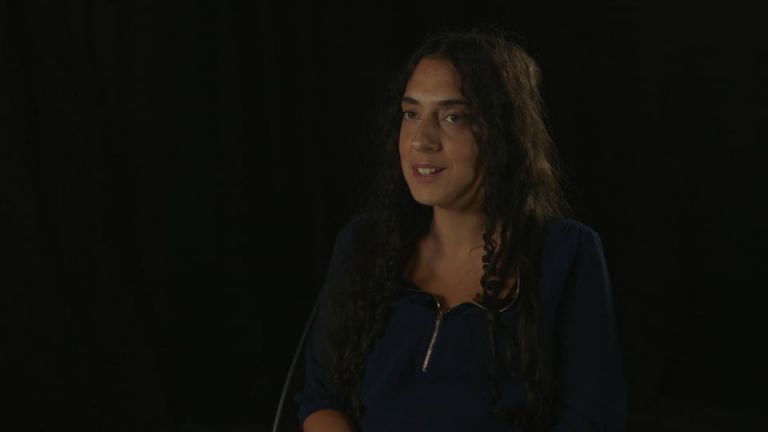 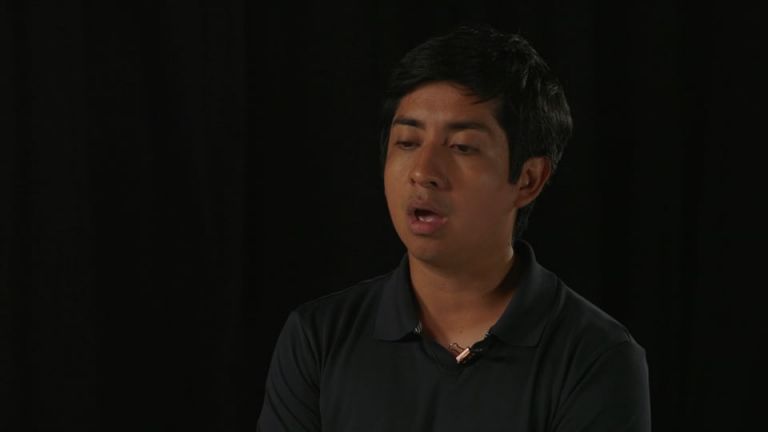 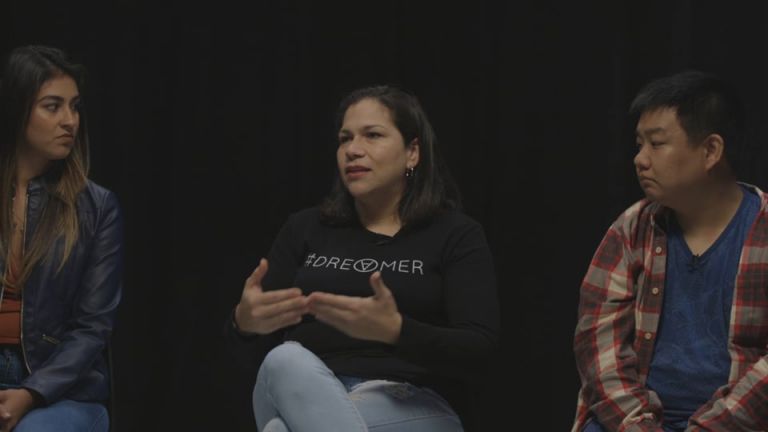 “It’s one thing me putting myself out there and in this line of danger, but it’s really different for me to put my family in that position.”

“Coming out” about an undocumented status is rarely a single moment. Rather, it is a series of opportunities for bravery, some taken and others shunned.

It’s a confession to a school guidance counselor who thinks her star student should apply to college, not realizing that the American she sees before her would have to apply as an international student because of being undocumented.

It’s an angry outburst at an overly curious friend who thinks their older buddy is too lazy to get a driver’s license.

It’s a painful excuse to a lover who wants to backpack abroad, not realizing that her love would be banned from the United States for 10 years if he takes a step outside the country.

Undocumented is a status that quickly takes over every major decision in a person’s life.

Coming out, though, is an act of liberation, sometimes followed by bouts of fear, targeting by the government, jailing, detention, and loss; but also empowerment, profound community support, opportunities, and sweet victories.

Through coming out, these activists were born from storytellers.

Where do you find inspiration?

What gives me strength is knowing that my being here is, in a way, a validation of all the other hardships that other people have had to face. My mother, my father, my family in Mexico, my being here for them is a victory.”

Did your family know you were going to come out publicly? What did they think?

Common questions asked of the very public activists who leaned into the vibrant fearlessness of youth to guide them through uncharted territory. They all came out about their undocumented status in local, national, and even international media before the age of 30.

On the day the TIME issue landed on newsstands across the nation – and thanks to conversations some of these young leaders were having with the Obama White House – Deferred Action for Childhood Arrivals (DACA) was enacted. The executive order gave most of them the right to drive, work, buy homes, travel outside of the country, visit relatives they had not seen since childhood, and live the lives they had dreamed.

But the dream was limited to a few; only approximately 800,000 of the 11 million undocumented population were granted the protections of DACA. Countless mothers, fathers, aunts, uncles, and grandparents who had fought so hard to give these “kids” everything were left in the shadows. The vast majority of others are often referred to by the DREAMers as “the original dreamers,” a group painted in disparaging light in the media but beloved by the younger generation who have seen firsthand their struggles to “get legal” in a failing immigration system.

What gives you strength? 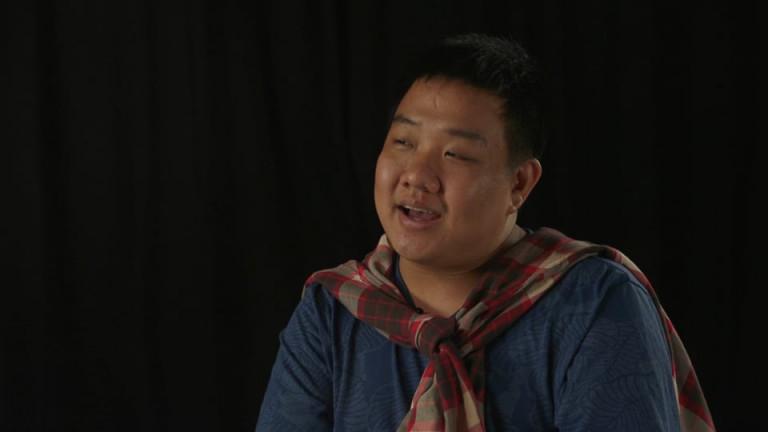 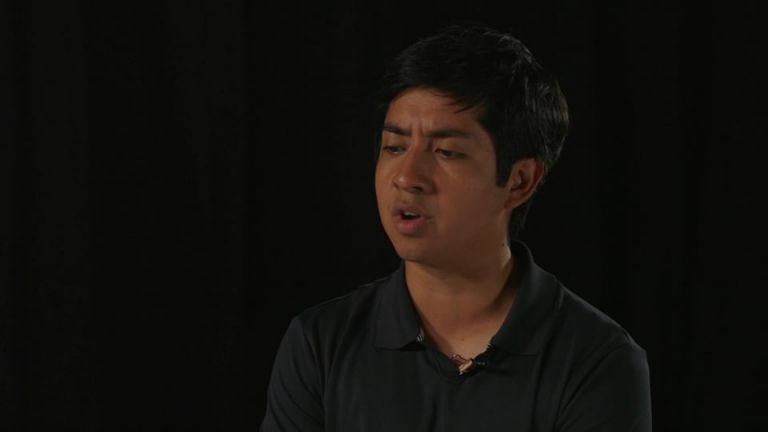 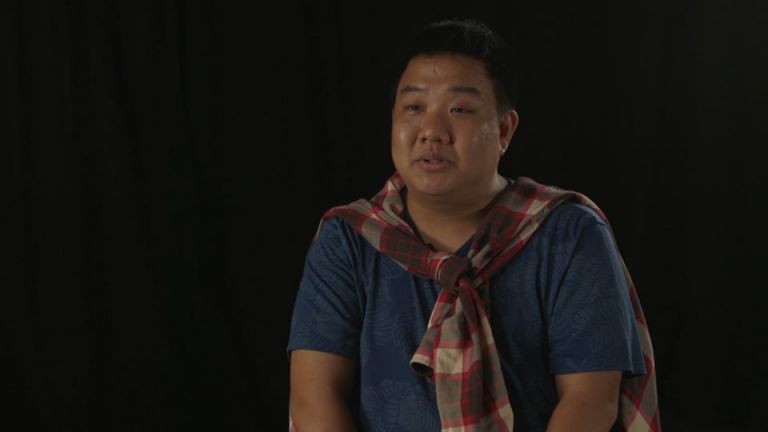 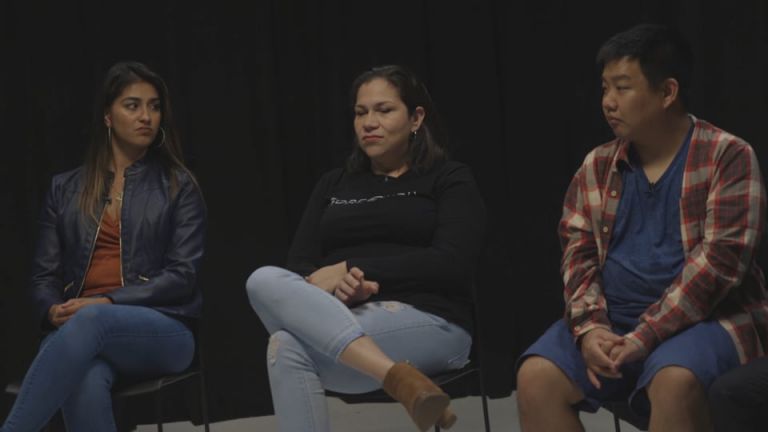 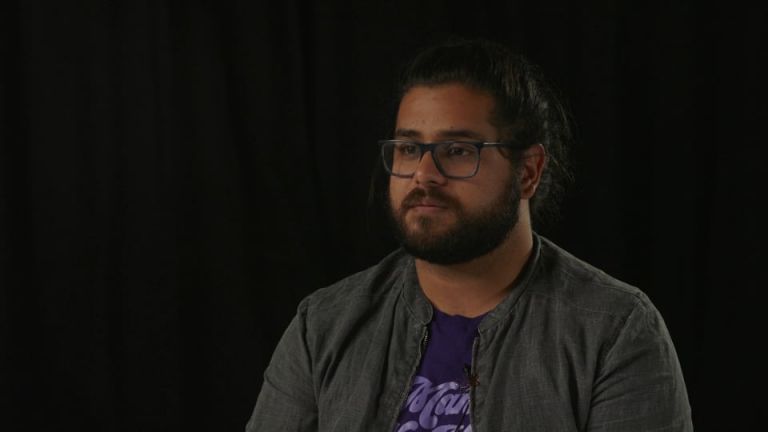 Growing from storytellers into the civil rights leaders of their time, one has to wonder, what they and others like them have sacrificed over time?

They took their stand while President Obama steered the course of the nation, warm to immigrant youth but known as the “Deporter-in-Chief” to the undocumented community as a whole. They remained standing as President Trump ended DACA and characterized undocumented immigrants of all ages as an enemy of the state. Even with the Biden administration supporting the DACA program and voicing support for all immigrants, President Biden has not done enough to fulfill his campaign promises.

The undocumented population in the U.S. has been found to be at-risk for depression and anxiety associated with the stress of immigration. Additionally, undocumented families typically have little to no access to affordable healthcare, including mental health support, despite 66% of the population living in the U.S. for more than 10 years.

Overwhelmingly, these seven talk about love of their families and the belief that their work will mirror the successes of past movements like the Civil Rights Movement and the Marriage Equality Movement. In short, amidst intense struggle, they find resilience in love and hope.

Why are you still in the fight?

“When I think about the hard times that I went through, that gives me strength because it reminds me that I can be strong and that I am resilient.”

Those with power determine what is legal in any given moment of history. Slavery, genocide, apartied were all legal. What is legal is not always what is just.

However, during a time of strife and heartache for the 11 million undocumented people of the United States seeking to belong, they do not simply go on – they thrive.

Nonprofits such as Define American work tirelessly to ensure that the stories of new Americans and their allies, and those that stand in solidarity with them, are heard across public media.

For these seven storytellers, they know all great movements take perseverance and time. But what sustains their dreams in the meantime?

They carry with them the hope that one day their fight will be over and their dreams fully realized. They and their families will hold a piece of paper, on U.S. government stationery, that says what they already know: They belong.

Will you join them?

“Within the DNA of every one of our stories, there are things that link us together. That makes us very much like brothers and sisters.”

To get involved in the fight for a pathway to citizenship for undocumented Americans, reach out to the nonprofits led by many you have heard from today: